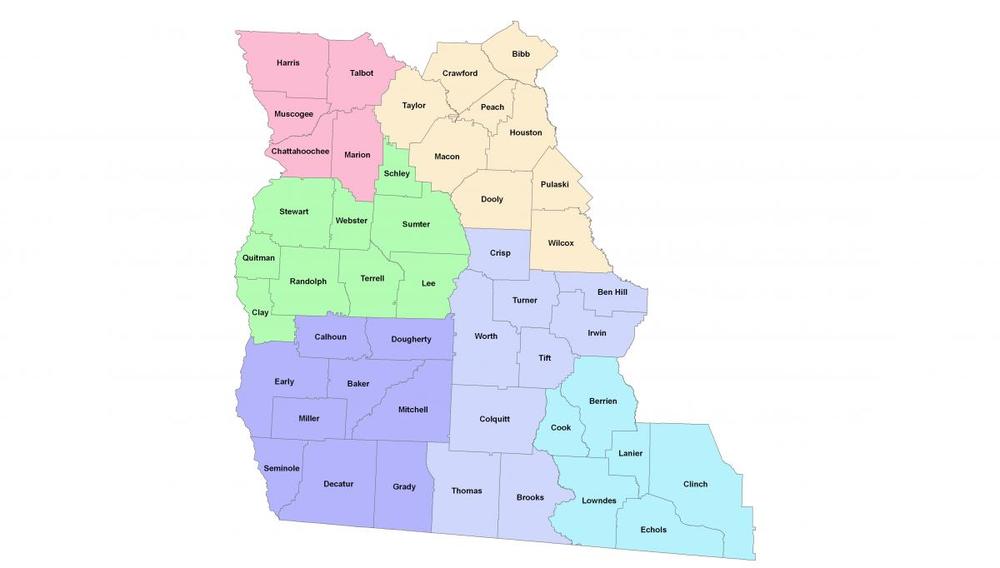 Until further notice please contact the Athens office with any questions related to Region V.

The Lower Chattahoochee River SWCD sponsored a free workshop and luncheon on December 17, 2013, which was open to all farmers and landowners, including beginning, women, and minority farmers. Topics included organic farming, successful business plan foundations, private financing for irrigation, and more. The workshop was held at The Backporch Restaurant, 297 Buford Street, Shellman, Ga.

The Middle South Georgia Soil and Water Conservation District held an essay contest open to high school seniors in the district. The essays had to be based on the 2014 stewardship theme: “Dig Deeper: Mysteries in the Soil”. The winner took home $75 and a one-year scholarship to Abraham Baldwin Agricultural College. First- second- and third-place prizes of $25, $15 and $10, respectively, were awarded in each county. The top winner in each county went to a district competition, with the winner there receiving the scholarship sponsored by the water conservation district and the Abraham Baldwin College Foundation. Additional information on the contest  may contact their local conservation supervisor, or Luke Crosson with the Georgia Soil and Water Conservation Commission at 229-995-6001.

District Supervisor Tim Allen and his wife Harriette were featured in a July 22, 2014, national USDA blog for their efforts in restoring the Longleaf Pine Range. The range is one of eight Critical Conservation Areas designated by NRCS. You can read the blog by clicking here.

The Ocmulgee River and Central Georgia SWCDs hosted an advanced irrigation management workshop.  The event was held in Pulaski County and was well attended by over a hundred people. Topics for the workshop centered on the advances in irrigation technology.  Highlights included presentations covering filtration systems for irrigation, fertigation and chemigation, irrigation scheduling, drip irrigation, and variable rate irrigation.  Dr. George Vellidis, with the University of Georgia, discussed advanced irrigation scheduling as well as new mobile apps to help farmers irrigate more efficiently.  Casey Cox, with the Flint River Soil and Water Conservation District, discussed proactive conservation practices the Lower Flint Basin is doing to conserve Ag water. Available cost share opportunities for Ag water conservation were explained by the Natural Resource Conservation Service.  Tas Smith with Georgia Farm Bureau gave a presentation and overview of the new Farm Bill that is about to go into place.  To end the workshop, Ben Worley with VSG-Unmanned, gave a very interesting presentation covering how unmanned aerial vehicles are being used as a service for agriculture.After the luncheon, the crowd gathered to Hardy Farms to view how the unmanned aerial vehicles performed in the field and see images that it collected from the air.